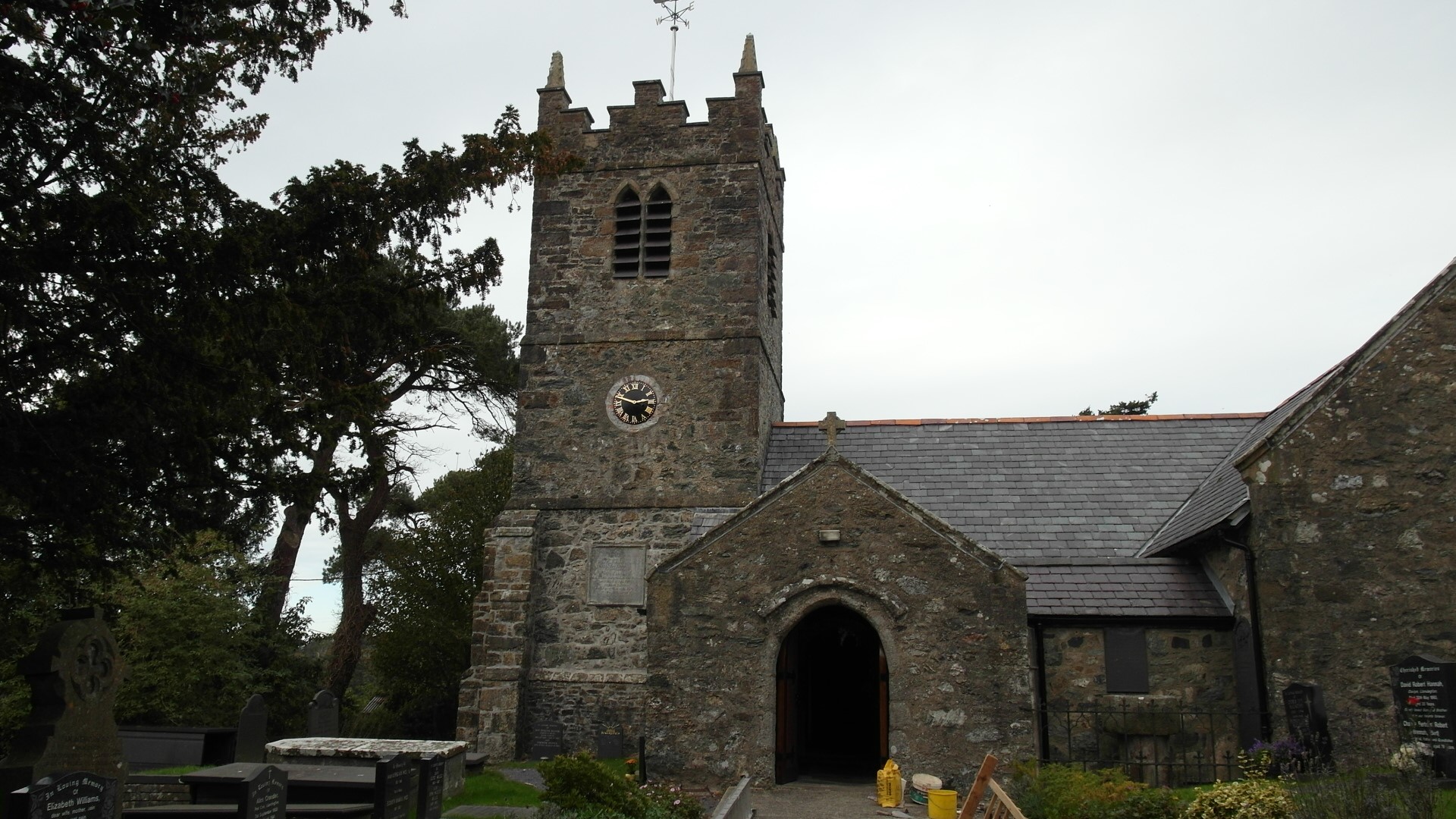 Enter the churchyard through the main gate, follow the path left and on your left, immediately past the corrugated iron hut and next to the wall (overgrown in Dec 2020)

Private Daniel Morris 22175 20th Battalion, The King’s (Liverpool) Regiment; born in Llandegfan, family lived at Ca’r Ffynnon Llandegfan, enlisted in Liverpool where he probably worked; was reported missing at the Battle of the Somme, later declared killed in action Sunday 10th July 1916; commemorated on Thiepval Memorial and on family headstone in churchyard of St Tegfan (D001)

Walk to the cemetery extension and turn right across the grave area to the parallel path, 2 large rough granite crosses face you, the right hand one

Back to the path, face the church, on right just after the large tree, 3rd row, smaller slate headstone

Follow path towards church, on left, partly obscured by another, heavily leaning headstone; this is a CWGC burial with a family headstone

Back on the path; next to last headstone on the right, before wall

Behind previous headstone and slightly to the right, a CWGC burial, family headstone

Turn left at the wall, 4th row on left, 2nd headstone in

Carpenter Henry Griffiths, Merchant Navy, lost his life whilst on board the SS Biela; she was chased by a U-boat, hit by torpedoes and sunk on 15th February 1942. All hands were lost. Henry Griffiths is commemorated on Tower Hill Memorial; not on Llandegfan War Memorial (E058)

Follow the path round the corner, the pink granite tomb on your right

Immediately behind, a plain cross on a tall pedestal

Next to Madoc Jones, a granite tomb

This grave is to Frederick and Fanny Schwabe who attended this church; Frederick was a Church Warden and as such is named on a brass plaque in the chancel; their connection with the area was from Glyn Garth, a holiday house built by Salis Schwabe (Frederick’ father); Frederick and Fanny were childless, Fanny may have asked for her nephew Maurice Schwabe to be remembered on the Llandegfan War Memorial; he volunteered with the Highland Light Infantry as Maurice Shaw, was possibly shot by German Officer Prisoners of War, whilst on escort duty (it has been suggested they thought he was a traitor as he spoke fluent German); he died 30th September 1915; age 44; buried Le Treport Cemetery, France (E086)

Walk back, face church, follow path round to the left, on your right a tall slate headstone

Note: if the church porch is open, take a look at the wooden shrine, to men lost in the Great War. It is usually decorated with flowers.

Enter through the main chapel gate, 10th grave on left