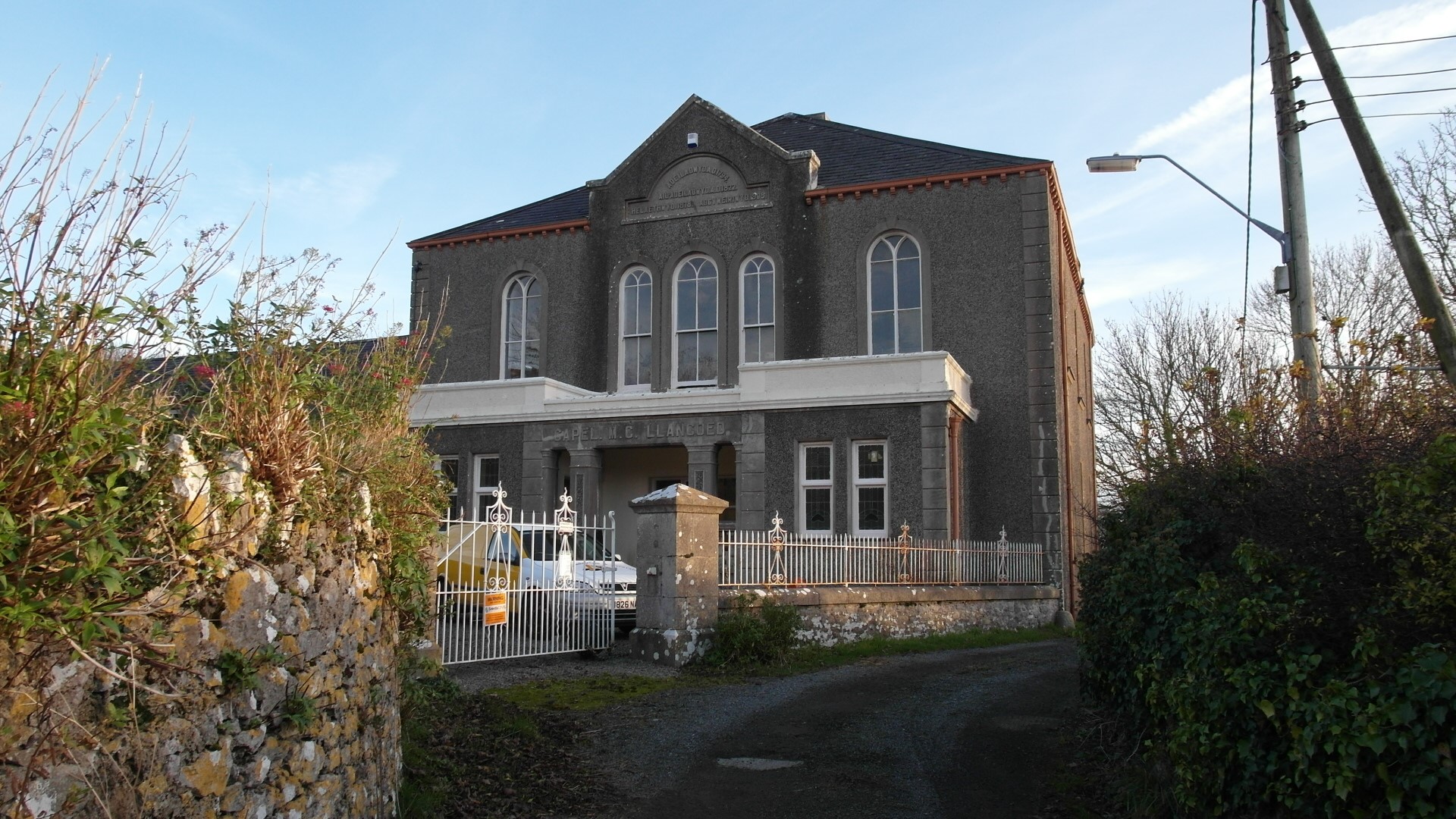 By car: roadside parking by the church or free car park, off road, between the nearby chapel, (Capel Tŷ Rhys) up hill, and the new graveyard behind the chapel.

This was compiled from the Cymdeithas Hanes Teuluoedd - Gwynedd Family History Society book of Memorial Inscriptions; the number following each entry is their reference. The 2 graveyards (new and old) are in separate books.

New graveyard, at the back of the chapel - left hand side as you stand at the gateposts

Edward Owen of Tyn Lon, Llangoed; educated at Beaumaris Grammar School; was working in Bootle when he signed up; died of gas poisoning at a casualty clearing station

1st row of headstones next to the path, 17th upright headstone on your left (grey granite, with kerb & flowerpot)

Richard Trevor Thomas, known as Trevor; educated Beaumaris Grammar School; a gifted footballer; he worked as a ‘Steam Loco Attendant’ in the Limestone quarries; survived Dunkirk evacuation; lost his life in the Battle of Kohima (it turned the tide against the Japanese invasion of Myanmar / India)

John Edward Jones lived at Coedwig Terrace, Penmon; attended Beaumaris Grammar School; died in the Far East - possibly of disease whilst he was a prisoner of war. I have, so far failed to find John on the 1939 Register – but his father is listed as a ‘Retired Railway Clerk’.

Third row in, 11th from the wall opposite the gateposts (flat grave with kerb & plaque, no headstone)

David Evans, brought up in Llangoed; builder of the ‘Welsh Streets’ in Liverpool and Birkenhead; he named his house in Birkenhead ‘Cynlais’; commissioned and paid for the chair at the 1917 Birkenhead Eisteddfod, made by Eugeen Vanfleteren of Malines in Belgium, now known as ‘Y Gadair Ddu’ or the Black Chair – it was won by Ellis Humphrey Evans (Hedd Wyn) who died in war, before his success was announced - the chair was draped in black to signify the loss.                          Not a military casualty (H11)

Right hand side as you stand at the gateposts

Robert Evans, brought up at Tyddyn Grugor, Llangoed; probably died in hospital of wounds; lived in Holyhead, worked as a Police Constable; married to Margaret Ann and they had a son.

From the gateposts, immediate right, 3rd row on your left, 3rd headstone in