Why was there a WWI? Pt 3 Missing persons

13. A key figure not in the July 1914 deliberations – Franz Ferdinand

Archduke Franz Ferdinand was a key figure with influence but no real powerbase. Ultimately, he was a pragmatist who sought ways to keep the Empire together but recognised the need for reform. He was a counterweight to the hawks in the government, but in July 1914 he was dead and was not there to be a voice of sense and practicality.

He was born and brought up outside the Royal Court, and was Franz Joseph’s nephew, not his son. Kaiser Franz Joseph’s son had been the Crown Prince but Rudolph had killed himself in 1889 in the Mayerling affair. He had been in an arranged marriage but had fallen in love with another woman and they committed a suicide pact at a Royal hunting lodge. So, there was a need to nominate a successor. That was Archduke Franz Ferdinand’s father, who quickly disqualified himself and passed the positon on to his son. So, Franz Ferdinand became “heir to the throne” (and not “crown prince”). 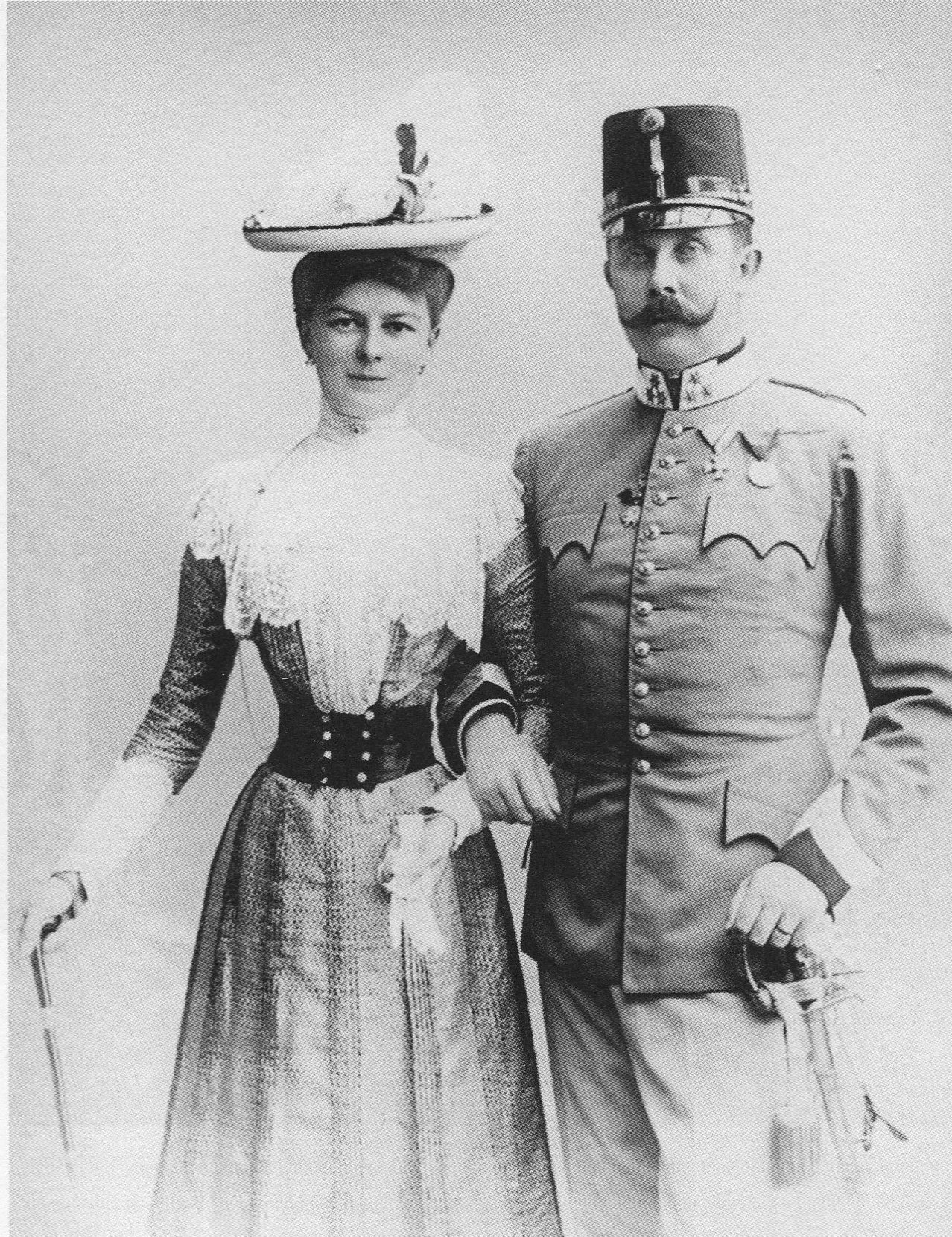 Franz Ferdinand was outside the inner circle of the royal family and had been allowed to marry for love – Countess Sophie Chotek. However, as she was a “mere” countess, Kaiser Franz Joseph gave his consent only after a lot of pressure, and then only on condition that their children were outside the royal family and not “Habsburgs”. She was also ostracised as being “low class” and was not allowed to ride in a carriage with the royal crest on the door unless he was in the carriage as well.

He was a devoted family man and spent time with his family, rather than at court. They lived in a royal palace in Pressburg, which is today the parliament building in Bratislava.

He served in the army and was the inspector-general.

His aim was to keep the Hapsburgs in power. He was pragmatic and read situations well. He was a counter weight to the hawks. He sought to find ways to make Austro-Hungary more modern and prevent revolution. He was religious, conservative, and intelligent. He did not get on with his uncle Franz Joseph at all.

His papers have some wonderful quotes, often in very vernacular language. Examples of this are as follows.

To the chief of the general staff, Conrad von Hoetzendorf, on the latter annexing Bosnia-Herzogovina in 1908 - “A war against Russia would be the end of the Hapsburgs or the Romanovs, or possibly both”. [This is, of course what happened in 1914-18.]

On the 1912 Balkan War, which left the Serbs dominant in the Balkans - “If these guys kick somebody’s head in, we are in the front row”.

On Serbia – “a debt-ridden land full of king-murderers and rogues”.

On invading Serbia - “why would we want a bunch of murderers, thieves and a few olive trees?”

On a possible annexation of Serbian territory in 1913 – “what would we get out of it?”

On the Bulgarian King - “a lying shithead” (as the king was believed to have murdered his first wife in order to chase another woman).

On the death of foreign minister Von Aehrenthal – “a man who represented the best of old Austria” (even though he is described as being a red rag to Franz Ferdinand).

Was Franz Ferdinand the man who could have rescued the monarchy? Well, of course we will never know. However, if Austro-Hungary is the neglected cause of WWI, then Franz Ferdinand is certainly the most neglected and misunderstood character of the whole European power game of the era.

14. A key figure not in the July 1914 deliberations – Otto von Bismarck

AJP Taylor’s book on Bismarck is perhaps the most illuminating source in English. Too often, British historians fail to understand the man and his times and try to portray him as a sort of prototype Hitler, which is nonsense.

Bismarck as the “Iron Chancellor”. He came from the Prussian “Junker”, who were gentleman farmers in the sense that they worked the land with their employees. They were not idle landlords, like the English aristocracy. He was born in 1815, so just after the battle of Jena 1806 when Prussia was defeated by Napoleon and the 1813 liberation war against Napoleon. (The Prussians were at Waterloo with Wellington).

He was a neurotic genius with a gruff exterior. He was a brilliant conversationalist and a masterful writer. He spoke German, Russian, French and English. He started three wars but ended up as the buttress of European peace. He went to school in Berlin with the Hohenzollerns, the Prussian Royal Family, and that is the basis for his rise to power. 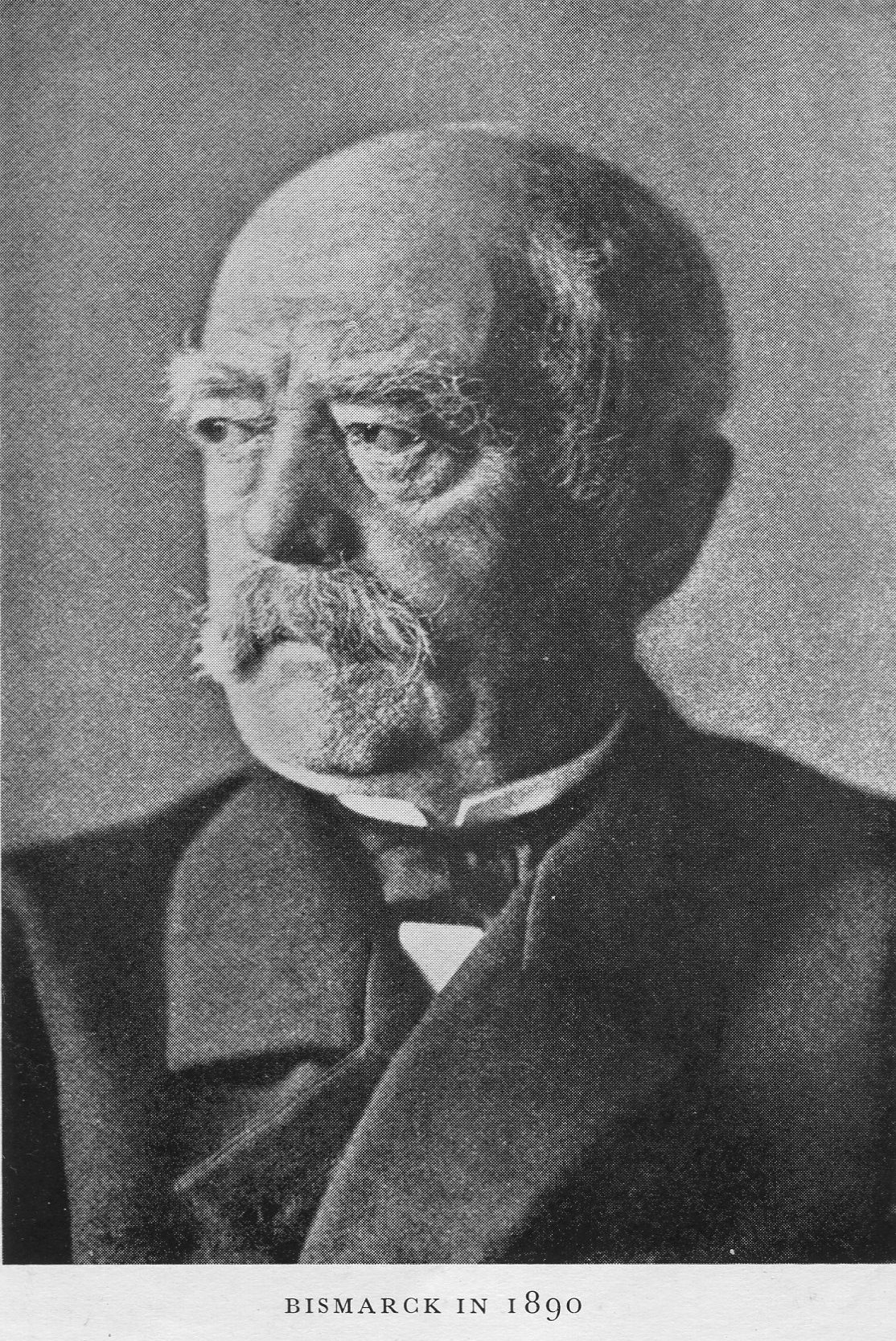 At this stage, Germany was 39 mini-states and Austria. Bismarck was elected to a provincial “diet”, ie parliament, in Berlin. The year of 1848 was the year of revolution in Europe, including in Germany. Governments everywhere, and especially royalty, feared for their future. Bismarck was an arch conservative and therefore a steady pair of hands in this situation. He was sent to the new Frankfurt federal “diet” in 1850, the creation of which was part of the attempt to quell revolutionary fervour.

The two big powers of the region were Prussia and Austria. Bismarck was appointed Prussian ambassador to Russia and then to Paris. In 1862, he was appointed prime minister and foreign minister. He was never elected to his governmental role and was never a member of a political party.

He got his way in government by persuasion and he bullied and cajoled the Kaiser. He was very emotional.

In 1864, there was the affair of the Danish duchies, when Denmark sought to bring three German-speaking duchies more closely under its control. In the end, Bismarck’s government recognised Danish sovereignty. (This was the infamous Schleswig-Holstein question which Palmerston quipped he was the only person who still understood the problem, but he had forgotten what it was about.)

In 1866, Prussia went to war with Austria, which lasted 2 weeks.  As a result of Austria’s defeat, Prussia controlled the northern German states and Austria was excluded from “Germany”.

In 1870, Bismarck needled Napoleon III of France into declaring war on Prussia. The issue was putting a Hohenzollern on the Spanish throne. The southern German states sided with Prussia. The war   lasted less than a year. Bismarck ensured that the war did not drag in other countries. France was defeated and it was in effect the end of French hegemony in Europe. Alsace and Lorraine were transferred to Germany, though Alsace was German-speaking in any event.

In 1888, Kaiser Wilhelm I died. His son, Frederick III was suffering from throat cancer, and died after 99 days, so the grandson, Wilhelm II succeeded to the throne at the age of 29. So, 1888 was the year of the three Kaisers.

Bismarck’s philosophy was “keeping your irons in the fire”,

ie keeping all your options open.

Bismarck’s key policy was restraint: “Germany should keep within her frontiers”.

He liked coastal defences and torpedo boats but not a high-seas fleet, which he thought was pointless.

In 1890, he was sacked by the upstart Kaiser Wilhelm II. Three years later, in 1893, Germany said they would back Austria in the Balkans, a fateful error in 1914.

It was said of him “In der Begrenzung ziegt sich der Meister”, ie “Genius is knowing the boundaries”.

Would there have been a WWI had Bismarck been in government in 1914? No, I do not think so (but it is entirely hypothetical as he would have been 99 years old in 1914).