On 11th June 2016, the local community of Frongoch comemorated the first Irish prisoners arriving at the camp on that day in 1916, following the Easter Rising in Dublin some two months earlier. The prisoners were there for between 3 and 6 months before being released. There were German POWs at Frongoch before the Irish arrived, and they returned after the Irish left.  There was in fact an overlap as some of the German prisoners were unwell and could not be moved out before the Irish arrived.  Relations were apparently cordial.  Local historian Lyn Ebenezer has written a book on the Irish at Frongoch which is available, in Welsh and English, from the cafe at Frongoch. The local junior school now occupies the site of the south camp (and there was also a north camp adjacent). There is a local group which commemorates this bit of local history - Frongoch group

The department of archaeology at Bangor University is researching the Frongoch camp and is doing excavations on the site, which will continue in 2020.

Middle: the officers' quarters and the house today.  The houses are the only tangible remains of the camp.  The old distillery buildings were demolished in the 1930s.

Bottom: the German prisoners' "oompah" band, 1915. There were German graves at Frongoch until the 1960s when they were moved to Cannock Chase German cemetery. 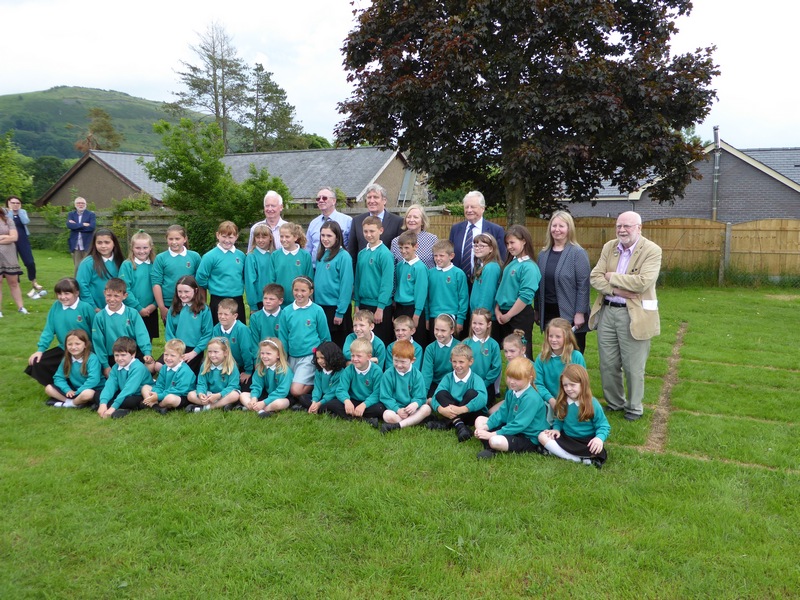 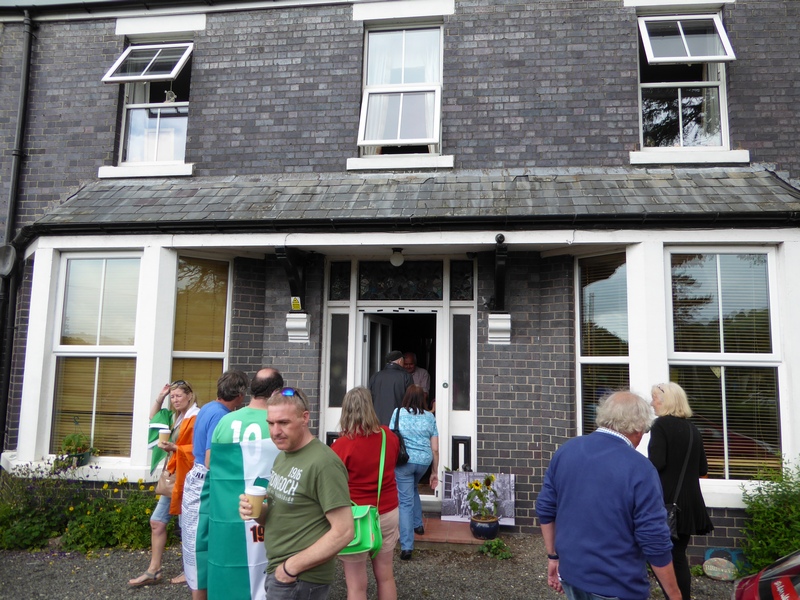 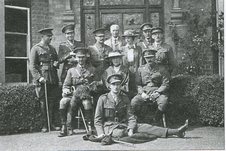 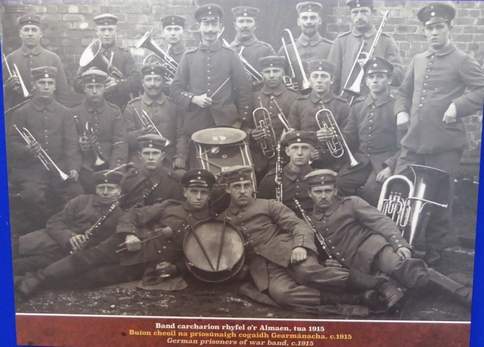 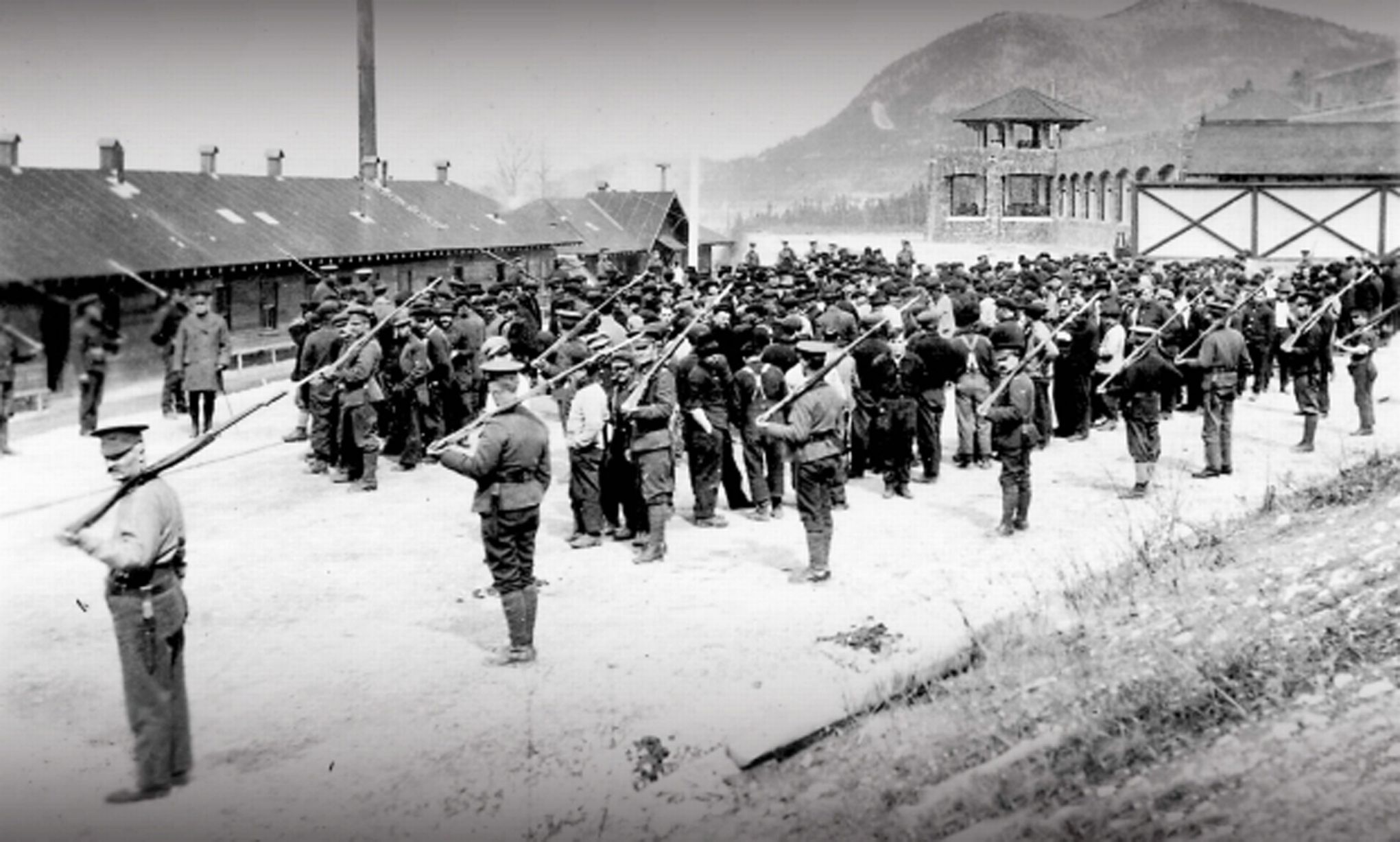