I came across this book when looking for another book on Amazon and thought it looked interesting.  It is indeed.  The writing style is very readable and not at all “academic”.  Robert Gerwarth is the professor of modern history in University College Dublin.

Perhaps the following quote from the introduction gives a flavour of the subject:

“For those living in Riga, Kiev, Smyrna or many other places in eastern, central and south-eastern Europe in 1919 there was no peace, only continuous violence.”

The war may have ended for Britain and France and other major powers in November 1918 but that is certainly not the case for other participants, or for those who were unfortunate enough just caught up in it. This was a period of widespread political upheaval as had not been seen in Europe for 200 years.

“Between 1917 and 1920 alone, Europe experienced no less than 27 violent transfers of political power, many of them accompanied by latent or open civil wars.”

The most obvious example is the Russian revolution and subsequent civil war that cost three million lives.  Indeed, a feature of these wars is the persecution, torture, mass-murder and ethnic cleansing of civilian populations, who in themselves were a key target of the often ill-disciplined, anarchic forces involved in the conflicts.  These included the German Freicorps “helping” their allies in the Baltic states, and communists everywhere who regarded the elimination of supposed “enemies of the revolution” as a key component of their aim of creating a new world order.  This era saw the rise of communism and fascism.  Hitler, incidentally, started off on the extreme left before going to extreme right. 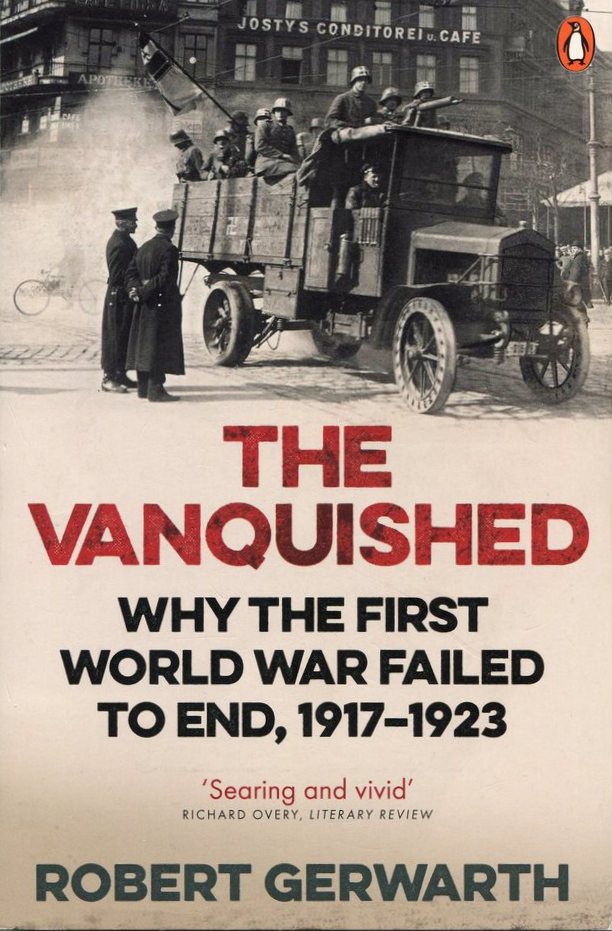 Border conflicts and ethnic disputes were factors in this era. The Polish state of the era fought aggressive wars on various fronts.  The wartime Polish “Blue Army”, which had been part of the French army, became the central part of the post-war army of the new Poland, which of course had not existed as a single independent country for two hundred years.  Between November 1918 and 1921, the Poles fought wars against the Russians, Belorussians and Ukrainians to the east, Germans to the west, Lithuanians to the north, Czechs to the south, and Jews as “internal enemies” on territory it already controlled.  A key issue was the question of where the borders lay, and often in this period the realities on the ground were more important that what was decided in the post-war political decisions by the Great Powers.

The blotted copybook from the British, and indeed Welsh perspective, was the Asia Minor War between Greece and Turkey (though do not let us forget that the allied naval blockade which stopped food supplies reaching civilians in many countries in central Europe continued through the period of the peace negotiations).  Lloyd George, and Churchill, had encouraged the Greeks to attack Turkey to seize parts of the former Ottoman Empire.  However, Turkey had a very able army commander in Mustafa Kemal and he was determined to ignore whatever had been imposed on Turkey in the Treaty of Sevres, as part of the Versailles process, and did so very effectively.  This was an horrific war with attacks and massacres of civilians by both sides, such as the massacre of 30,000 civilians in Smyrna in 1922, whilst British and French warships sat in the harbour and did nothing.  Ernest Hemingway was one of the Western reporters present to record the horrible events.

Lloyd George had wanted to re-start WWI against Turkey but Canada and Australia refused to countenance such a step.  The Conservatives in the coalition government bowed to public opinion which was very much against re-starting the war, and Lloyd George’s government fell on 19th October 1922.  This was the “Chanak” crisis. Andrew Bonar Law succeeded Lloyd George and he appointed Lord Curzon to negotiate a settlement.

Eventually, a conference at Lausanne was arranged in 1923 between Britain, France, Turkey, Bulgaria, Greece, Italy and Soviet Union, and so was unlike Versailles where the Axis powers were not involved in the negotiations.  The Treaty of Lausanne brought an end to the fighting, and led to the so-called exchange of populations where Greeks were expelled from Turkish territory and Muslims were expelled from what was now Greek territory.  This exchange included the Pontic Greek population on the Black Sea coast who had been there since 700BC.  Anatolia and eastern Thrace remained Turkish, in contrast to the Versailles imposed “solutions” of dividing Turkey amongst the Western powers, and also the creation of Armenian and Kurdish states was shelved.

The Middle East conflicts of today have their roots in this period as well.  The Western Powers decided on the dismemberment of the Ottoman Empire, not into new states for the benefit of the citizens of that region but instead as a colonial carve-up between France, Britain and Italy, the effects of which we are still living with today.

Perhaps the telling epitaph of this so-called “inter war” period is that at the outbreak of WWII in 1939 there were fewer democracies in Europe than there had been at the start of WWI in 1914. So, what did WWI and the Treaty of Versailles achieve?  One may wonder.