There is a possible match in the 1939 Register for ‘Gwyneth Hughes at Oak Street, Gelli, Rhondda, born February 1918’, who was working as a Shop Assistant to a Draper. She was in a house with Henry Hughes (born 1872) and Maud Hughes (born 1901).

Also from the family headstone, both parents died within two years of Gwyneth, in spite of being comparatively young. 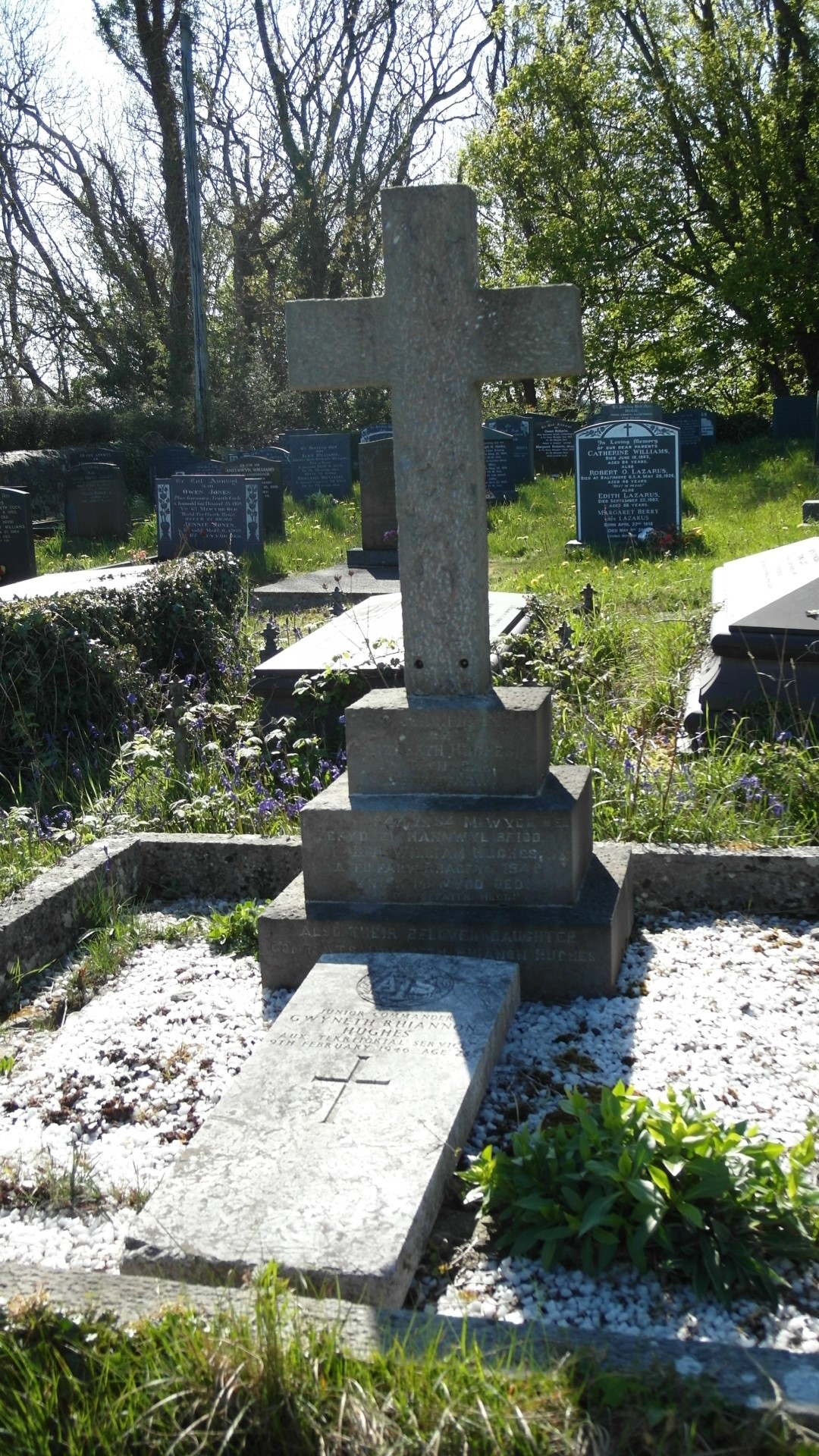 There is a Memorial statue to those who served and died in the ATS at the National Memorial Arboretum, Alrewas, Staffordshire

The War Graves Photographic Project: as for CWGC (twgpp.org)

Note: the variations of spelling ‘Rhiannon’ have been copied from the originals