John Roberts was born in Llanbedrgoch to Margaret Jane and Hugh Roberts who later lived at 18 Druid Road in Menai Bridge. On the 1911 Census the family lived at 20 Druid Road, a house of 3 rooms. Hugh Morris Roberts was 36, as was his wife Margaret; Hugh worked for LNWR as a Platelayer. John was 18 and working as a Farm Labourer, Ellen was 10, Robert 6, Richard 3 and David 1.

When he signed up with the Royal Welsh Fusiliers, he may well have encountered Lt Col Charles Dixon or Henry Rees Davies (a son to Richard Davies of Treborth), local Recruiting Officers.

The action of the 17th RWF at Mametz Wood is famous, sadly because of the loss of life amongst the Welsh troops but also because of the legacy of David Jones, an artist, who wrote the poem ‘In Parenthesis’ many years later. David Jones was with the RWF at Mametz and it haunted him for the rest of his life. Troops were advancing through the semi darkness of a wood, having to cope with the uneven ground under their feet and the firepower of the Germans facing them. Nowadays the site is marked by an elevated statue of a Welsh dragon tearing barbed wire in its claws. This memorial by David Peterson was placed in an open position, facing the wood, in 1987. 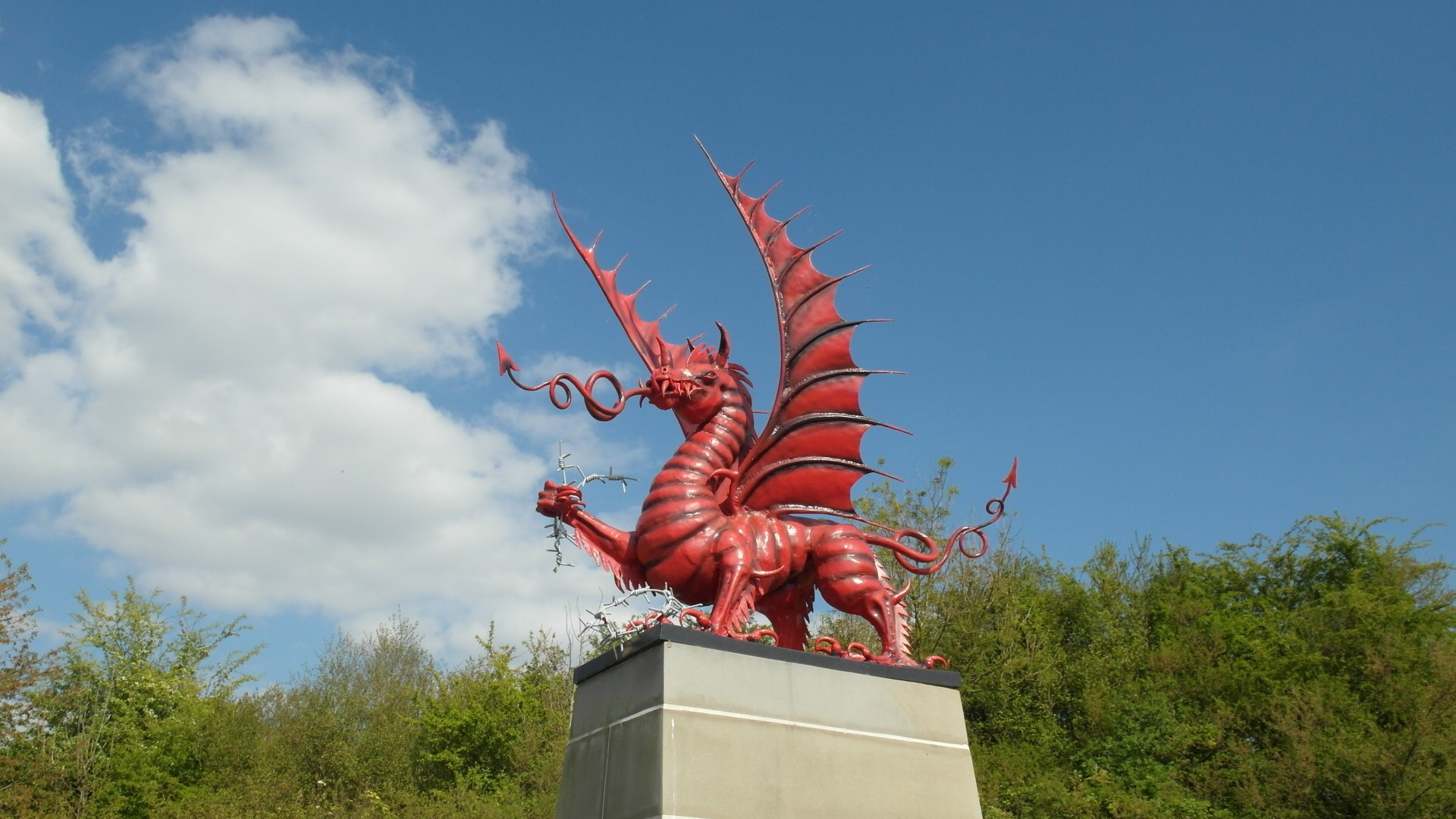 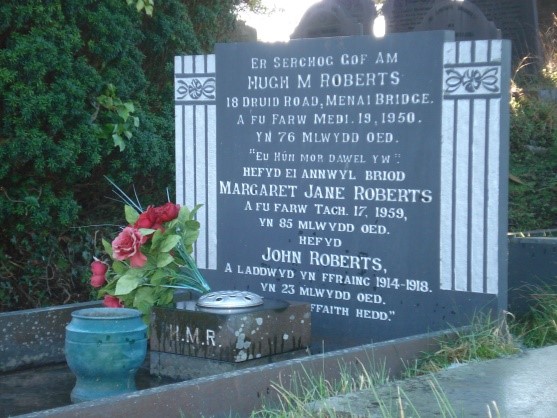 Photos of Dragon at Mametz and family grave courtesy B Geoghegan