Hello and welcome!  In this issue, we have articles from Walker the younger, Philip, on some Holyhead local history combined with architecture, and an update from Steve and Nancy on their winter in Morval.  As ever, we owe many thanks to Jim Morris for allowing us to use his WWI day by day material on the Facebook page.

May 6th : Jon Bell : Comparing Medical Services in the Great War with now

Jun 3rd : Stuart Hadaway : RWF and the Battles of Gaza and the Thomas Brothers

Sept 2nd : Taff Gillingham : Daddy what did you do in the Khaki Chums; and Development of Uniforms and Equipment.

Nov 4th : Jane Austin: News from Nowhere: a talk based on her recently-published book about family letters sent from   the Western Front back to Bangor

John Sneddon came to talk to us about the Bombay Sappers and Miners at Neuve Chappelle in 1914.

Somewhat oddly, this unit was part of the British Army, not the Indian Army, as a consequence of the Indian mutiny.  This unit, and the Indian Army itself, were the only trained reinforcements immediately available to the BEF in September 1914.  The fighting in La Basee have been poorly recorded and not well understood, not least as the white officers who would have recorded the events were killed in the fighting.  (This was a major problem in utilisation of the Indian troops as their own officers spoke the various Indian languages whereas replacements from the UK did not.)  So, the heroism and bravery of the Indian soldiers has gone largely unrecognised until now. Editor’s note: it is worth remembering Prof Stephen Badsey’s comment that the Indian Army in WWI was the second largest volunteer army there has ever been.  The largest was the Indian Army in WWII.

Echos of the First World War

This is the first part of a two-part article on the connections of a unique building in Holyhead with WWI.  The second part tells the tale of the Fox Williams brothers, one of whom won a VC, and will be published next month, though it should be on the website before then.

One of the things I find most fascinating about the First World War is the way it can seep into our everyday life and remind us of our past and focus on our future.

My profession is as an architectural technician working for a company that has the privilege of working on the conservation of historical buildings. Recently, we were asked to tender for architectural services relating to a very dilapidated building near the docks in Holyhead.

The building is a Grade 2 listed structure and is located on the junction of Turkey Shore Road in Holyhead. The building was constructed in the early 1890's. Its architectural style is taken from the Arts and Crafts movement which was renowned in this period. The building was listed in the late 1970's for is historical significance in this style. 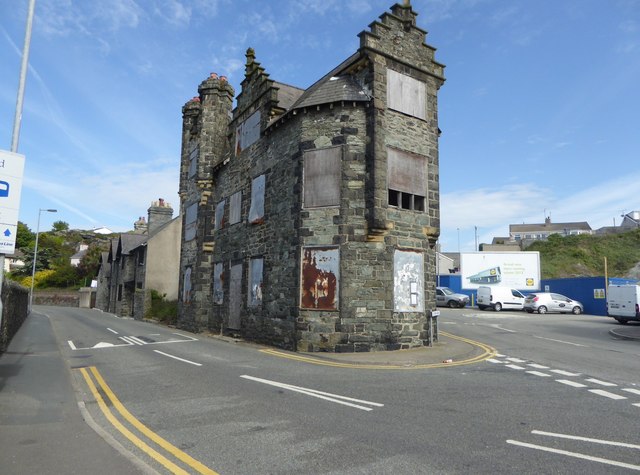 Little did I know when I first viewed this building that it would have links with the First World War.

The building was commissioned by a lady called Jane Henrietta Adena. She was the niece of the Honorable Owen William Stanley of the Penrhos Estate, a family of some influence within the area.

Jane Henrietta Adena seems to have been quite a remarkable lady. She was associated with the Stanley Sailors Hospital which was named in honour of her uncle The Honorable Owen William Stanley, who during the course of his life was member of parliament for Anglesey (1837-47), City of Chester (1850-57) and Beaumaris (1857-74), he was also Lord Lieutenant of Anglesey (1869-1884) and a Captain and Adjutant in the Grenadier Guards. The hospital was built in 1871. Jane Henrietta Adena was associated with the hospital from 1881. The hospital was set up to serve injured sailors from the dock but it seems the hospital was used as a general hospital prior to the First World War. During the First World War, Stanley Sailors Hospital was taken over by the military and operated as a military hospital throughout the war. Jane Herrietta Adena remained associated with the hospital throughout the war and she was 'Commandant' of the hospital for the duration. Later in life, she was appointed a Dame of the British Empire in gratitude for her war Service. She passed away on October 1926 aged 84. 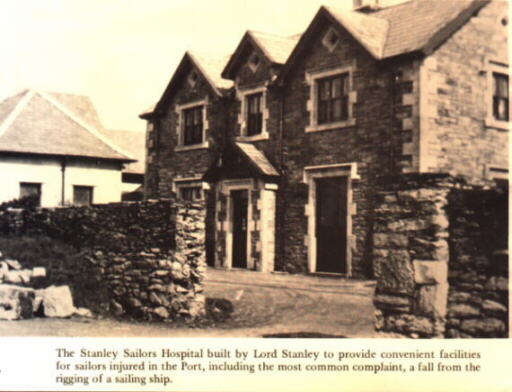 Arthur Baker was a known London-based architect who had served his apprenticeship under Sir George Gilbert Scott. Arthur Baker carried out a number of commissions in North Wales. He was involved in private, public commissions and church commissions. His style of architecture could be considered as part of the Arts and Crafts movement of architecture, in which use of traditional materials and traditional crafts are used in the design of the building.

Although Arthur Baker was a proficient architect he is probably better known as the uncle of a fellow world renowned architect by the name of Herbert Baker.

Sir Herbert Baker had a significant influence on the architecture of the Imperial War Graves Commission in its founding days. Sir Herbert Baker was one of the three original principal architects of the commission, along with Sir Reginald Theodore Blomfield and Sir Edwin Landseer Lutyens, arguably the most significant architect in British history. 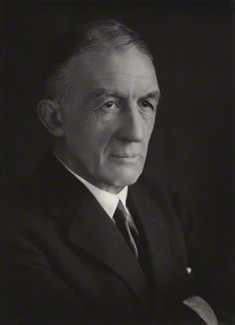 Sir Herbert Baker throughout his later career as an architect moved within renowned high society so it's interesting to learn that his early career had more humble origins as an apprentice in his uncle’s practice, where for three years Sir Herbert Baker started his career honing his skills and developing his style as an architect. Some of those skills were developed in North Wales.

During the years 1881 to 1884, Sir Herbert Baker served as an apprentice under his uncle where he would have learnt the fundamentals of architecture and his draughtmanship. Later from 1884 to 1886, he learnt more of his trade as a clerk of works on his uncle’s commissions. Under the influence of his uncle, it is most likely that Sir Herbert Baker would have developed his architectural style which would have great significance in his later work within the Imperial War Graves Commission.

One of the buildings on which Sir Herbert would have honed his skills as Clerk of Works was St Padarns Church in Llanberis. The church was built in 1885 and Sir Herbert would have overseen its construction. The church was designed by his uncle and is a traditional example of this style of church for this era. Within its construction, can be seen the use of traditional materials and craftsmanship. It puts me in mind of one of Sir Herbert Baker’s most famous commissions, Tyne Cot Cemetery where flint is used within the construction of the outer walls and gives the cemetery the feel of the workers’ cottages. The Tyne Cot design was inspired by the soldiers who first saw Flemish buildings during the war. 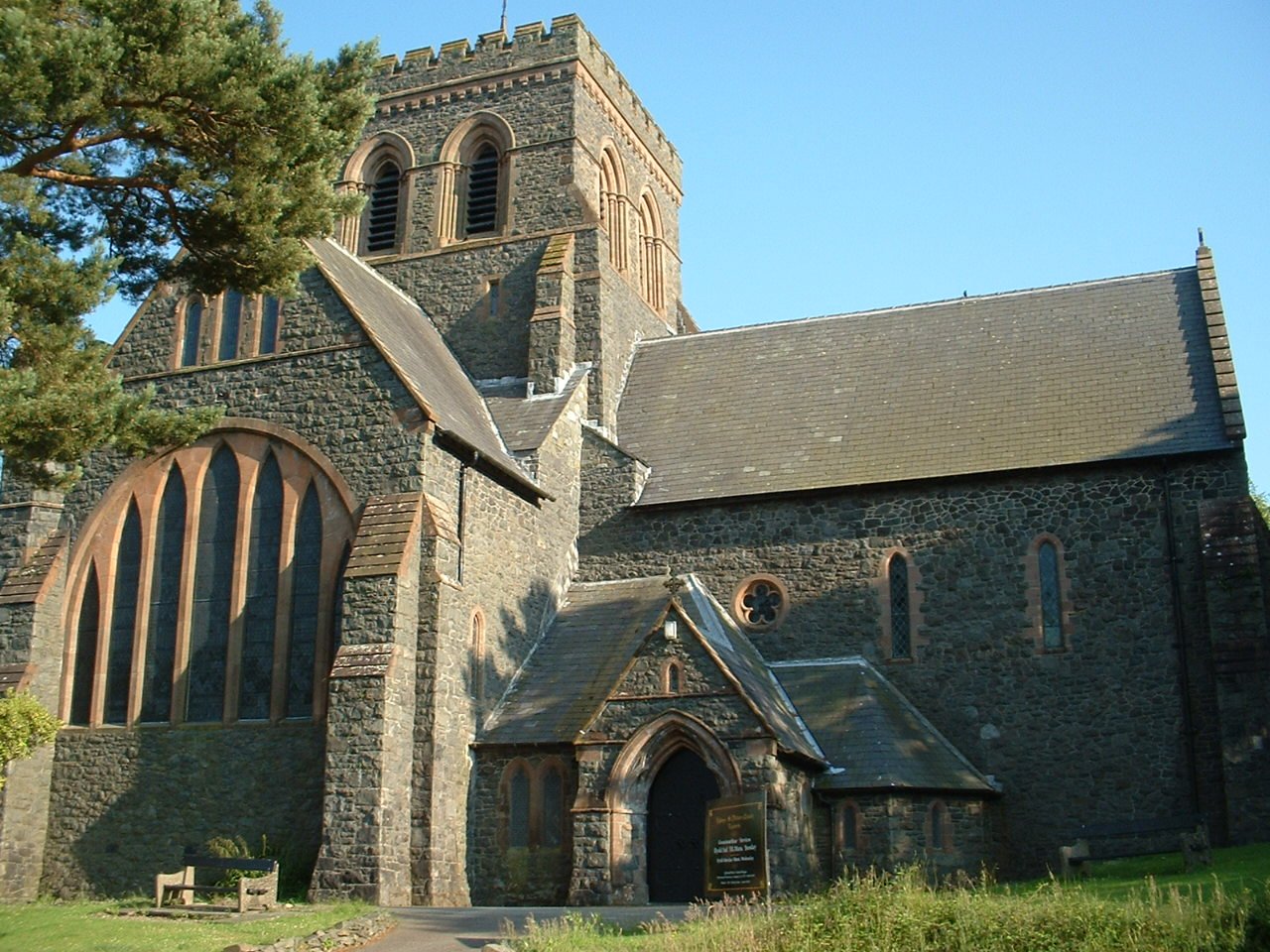 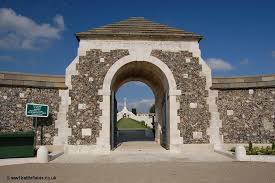 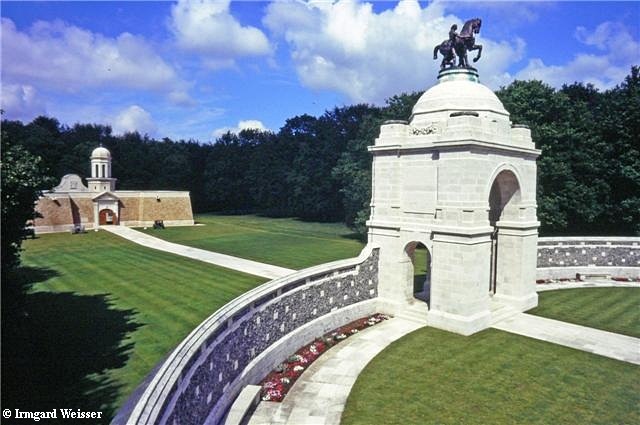 One of the most interesting elements of the Imperial War Graves is the number of architects who served under the three main principal architects. I wonder what influence these assistant architects had on Sir Herbert Baker’s thinking when he was designing for the Imperial War Graves commission, especially as some of the assistant architects had served during the First World War. I wonder if their experience of life in the trenches echoed into both his and their designs of the cemeteries. The actual work of designing many of the cemeteries was entrusted to these younger architects who had served in the war, but supervised by the senior architects. This team of assistant architects was based as St Omer in France. One was South African - Gordan Leith - another Wilfrid Von Berg, born in Croydon, would emigrate to South Africa; two were older, and served in the London Ambulance Brigade of the Red Cross: Holden and W.H. Cowlishaw; the others were W.B. Binnie, G.H. Goldsmith (who had been Lutyens’s assistant before the war), Frank Higginson, A.J.S Hutton, Noel Rew and J. R. Truelove.

In theory, the principal architects would make suggestions for a particular cemetery, and later approve or amend a sketch design made by the assistant architect. For the smallest cemeteries, with under 250 burials, the assistant architects would seem to have enjoyed more or less complete independence. “In retrospect”, Fabian Ware later wrote, “the chief merit of this system is seen to have been the variety of treatment which resulted from the free play thus given to the interest in individual cemeteries natural to architects who were dealing with burial places of their comrades in arms.”

To me, it shows the true human nature of the Imperial War Graves Commission in that the soldiers being laid to rest within these timeless, moving places were to be buried in places designed by fellow comrades in arms who knew the importance of these burial grounds for those men who had paid the ultimate sacrifice. 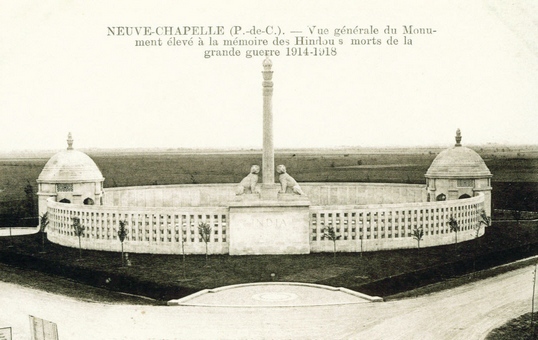 It is most interesting to learn that one of the most significant architects in Britain started his career on commissions within North Wales and how these early projects and the influence of his uncle would form Sir Herbert Baker’s architectural style, and influence his work with the Imperial War Graves Commission.

Let us return to the doctor’s practice on Turkey Shore Road. By the time this building was commissioned, Sir Herbert Baker had meet Sir Edwin Lutyens whom he would have a long and tumultuous relationship with throughout his career. The building on Turkey Shore Road is known as Plas Alltran and has a somewhat interesting architectural style. The building itself is a Grade II listed building and is a two-storey structure, plus attics. The walls are of squared local rubble with darker stone quoins and dressings, pale ashlar corbels, darker ashlar copings to crow-stepped gables. It has slate gabled roofs with blue clay ridge tiles; and unusual, irregular plan and elevations, each facade with differently placed gable. The material and craftsmanship used within the building is typical of the Arts and Crafts style, although to my mind the building has a mix of the Gothic and architecture reminiscent of the Dutch style.

Although this building, Plas Alltran, has links with the Baker family of architects it has another association with another significant family relating to the First World War. Jane Henrietta Adena had commissioned the property for the local doctor, who was a man named Doctor William Fox Russell.

The Fox Russells were a large, close family and they seemed to place great emphasis on group activities, all of which played an important role in the lives of their children. The boys of the Fox Russells played a large part in the Holyhead Boy Scouts with several of them as members.

The story of the Fox Russell family in World War One is continued in the next monthly newsletter, or you can catch up with it sooner here on the North Wales website - Holyhead VC