Happy New Year! In this issue, we have an update from Steve and Nancy on their pilgrimage to the Western Front cemeteries and memorials, an article from Keith on a Royal Navy VC’s medals, and a note on the commemoration in January of the centenary of the death of an enigmatic RFC Brigadier. As ever, we owe many thanks to Jim Morris for allowing us to use his WWI day by day material on the Facebook page.

May 5 : Rob Thompson -  Wombles of the Western Front: Salvage operations

The troubled birth of the British Fighter

The man they all ignore?

The 19th January was the centenary of the death of Brigadier General Gordon Strachy Shephard, Brigade commander RFC, DSO MC, Chevalier of the Legion of Honour, and in 1914 gun-runner for the Irish Volunteers, running German guns into Dublin whilst a serving captain in the British army! It is funny that his CWGC entry says nothing at all about his role in the Asgard gun-running, and he tends to be ignored by Irish Nationalists. Is he too awkward figure for both? Caroline and I visited his grave at La Pugnoy, two years ago. Here he is on the left in the photo, on board the Asgard. 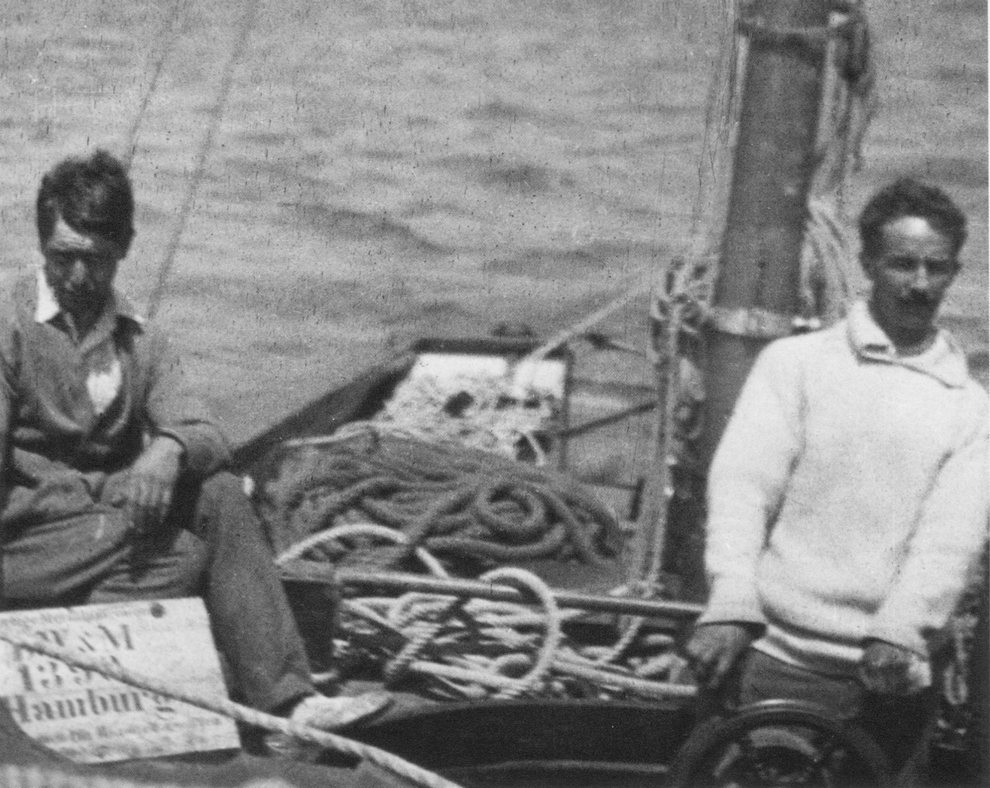 The Man Behind the Medals

In November 2017, I bought the latest edition of the magazine Medal News. Inside was an advertisement by the auctioneers Morton & Eden of London for an auction to be held on the 23rd of November 2017. One of the items was the Victoria Cross group to Vice Admiral Gordon Campbell Royal Navy (b 6th January 1886 d 3rd July 1953, aged 67).

I checked after the auction took place and found that the medals had been sold for a world record £840,000. The medals had been put up for auction by the Fellowship of St John (UK) Trust association. The trust is a Christian charity that works in missionary and education in the UK Africa, India, the Americas and Japan. The trust has said that the proceeds of the sale will support a number of their projects that they are involved in, including an orphanage in Zimbabwe, university scholarships in South Africa, hurricane relief in the West Indies and various charities in the UK.

The medals were bequeathed on his death to the trust by the son of Vice Admiral Gordon Campbell, Frederick David Campbell BA, b 1915 d 12th June 2010. He was aged 95 and was an Anglican priest and a member of the monastic community of the Society of St John the Evangelist. His first curacy was at Portsea before becoming chaplain in the Royal Naval Volunteer Reserve. He further served as a curate at Fareham, then as a missionary in London. After 1960, he was Prior at St Edwards House London. He died at St Johns Home, Oxford, England, a St John residential care home.

In a strange twist to this story, the medals were bought by another member of the family. He is Baron Lorne Thyssen-Bornemisza, the great nephew of Vice Admiral Gordon Campbell. The Baron is a Swiss national born (15th June 1963). He is an industrialist and art collector. He is also an Honorary Fellow of Wolfson College, Oxford. He has stated that the medals are of national interest and he intends to display them in a naval museum.

Victoria Cross, Distinguished Service Order with two bars, the 1914 – 15 Star, British War and Victory Medals, Defence and War Medals, and two Coronation medals. There are also two French medals: the Legion d'Honneur, and the Croix de Guerre. The medals were awarded between 1914 and 1953. 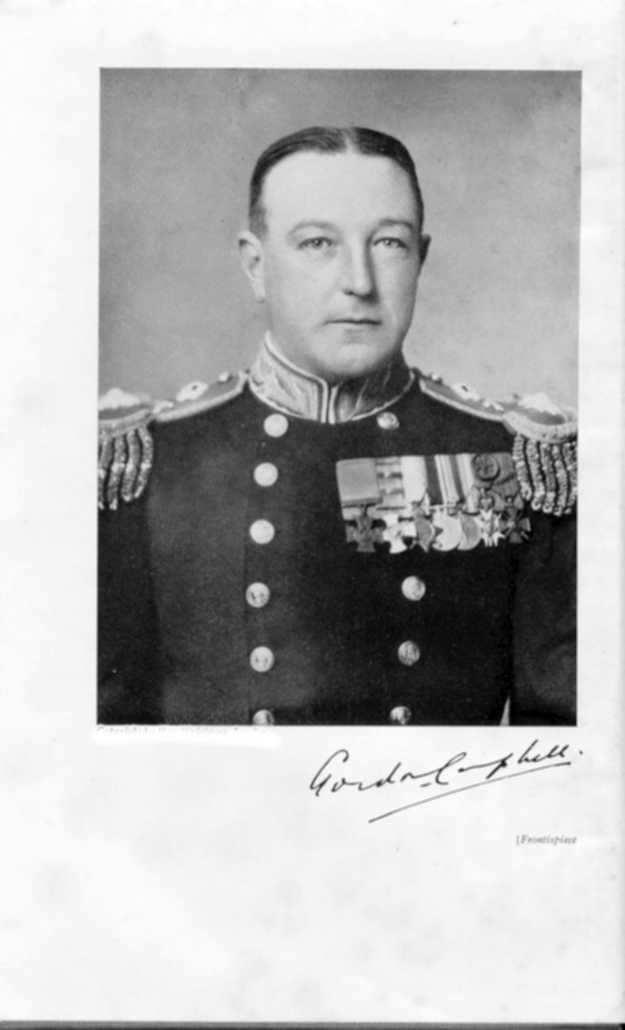 I will give a brief synopsis of the life and naval career of Vice Admiral Gordon Campbell VC.

Joined the Royal Navy as a naval cadet at HMS Britannia, Dartmouth.

March 1916 promoted Commander and detached to special services. From March 1916 until November 1917 Campbell was the captain of various “Q” ships. It was during this time that he was awarded his VC and DSO and two bars.

21st March 1916 when the captain of “Q” ship HMS Farnborough, Campbell was awarded Distinguished Service Order (DSO). In this action, German submarine U68 was sunk.

17th February 1917 when captain of “Q” ship HMS Farnborough Campbell was awarded Victoria Cross (VC). William Williams was awarded his Distinguished Service Medal (DSM). In this action, the German submarine U83 was sunk. HMS Farnborough was beached, later towed to port, but was badly damaged, and so of no further use to the Navy. She was sold for scrap in 1919.

2nd June 1917 as captain of “Q” ship HMS Pargust, Campbell awarded Bar to his Distinguished Service Order. William Williams DSM RNR was awarded the Victoria Cross (VC). In this action, the German submarine U29 was sunk. HMS Pargust was towed to port and repaired. In 1919, she was returned to merchant fleet.

8th August 1917 as captain of “Q” ship HMS Dunraven, Campbell was awarded Second Bar to Distinguished Service Order. William Williams VC DSM was awarded a Bar to his DSM. In this action, HMS Dunraven had a long engagement with the German submarine UC71. This submarine survived the war. The crew tried to rescue HMS Dunraven but failed and she sunk.

During this period March 1916 until November 1917, I have found after further research of medal rolls etc. Captain Campbell and his crew were awarded:

and numerous Mentions in Despatches.

Captain Campbell took over the command on the 5th Feb 1920 of the training ship HMS Impregnable, a shore establishment base at Devonport.

Captain Campbell was made Captain in Charge of HMS Flora from (1st December 1922 - 6th May 1925) the base ship of the training establishment at Simonstown, South Africa.

Promoted to Rear Admiral on the 5th April 1928 and placed on the retired list.

Recalled to the Royal Navy.

Reported sick with angina and was retired from the service

The “Q” ships and their operations are subject to ongoing research. The link between “Q” ships and room 40 the Admiralty in secret code breaking and radio intercepts is being investigated. In the British records of the 202 German submarines lost between 1914 and 1918, 11 are attributed to “Q” ships. In the German records, there are only 10 submarines lost to “Q” ships. The mystery submarine was UB80 which was in an action in the South West of English Channel on the 30th July 1918 with HMS Stock Force, a “Q” ship captained by Lieutenant Harold Auten RNR. After a long fierce engagement, the crew of HMS Stock Force stated that they had put 20 shells into UB80 but UB80 survived the war together with her Captain and crew. Her log book states:-

“Attack on 1,500 ton approx. steamer (tanker) Course Guernsey to Lizard. Fired G6AV torpedo. Hit. Range 1,200 metres. Remained at periscope depth and observed steamer that seemed suspicious and only sank slowly. After about 15 minutes, the steamer started to sink at the bow. Surfaced at about 400 metres distance. The steamer opened fire with several concealed guns. Crash-dive. During the dive, the boat took two hits. Went to 11 metres depth, fired a second torpedo despite inability to raise either periscope. Remained submerged until dusk. Surfaced. One shot had penetrated the bridge shield and periscope support. Both periscopes had broken lenses, were filled with seawater and useless. Without periscopes, the boat had to return round the north of England because of the light nights and the necessary use of a periscope for Channel route”

Max Viebeg (b 6th April 1887 - d 9th November 1961) was an highly decorated naval officer. He joined the Kaiserliche Marine as a cadet in 1906. He was awarded, in date order that he received them, the Iron Cross 2nd class, Iron cross 1st class, the Royal Order of Hohenzollern, Pour-le-Merite and the Saxe-Ernestine House Order. He retired from the military in 1920. He left Germany to manage a tea plantation in Java.

After this action, Lieutenant Harold Auten (b 22nd August 1891 - d 3rd October 1964) was awarded the Victoria Cross and out of his crew of forty four, twenty three received medals or were Mentioned in Despatches.

The bravery of Captain Campbell and Captain Auten and their crews to sit and wait while your ship is hit with torpedos and is sinking before you are allowed to open fire is hard to understand. The discipline of the crews was exemplary. They were in the true traditions of the Royal Navy.